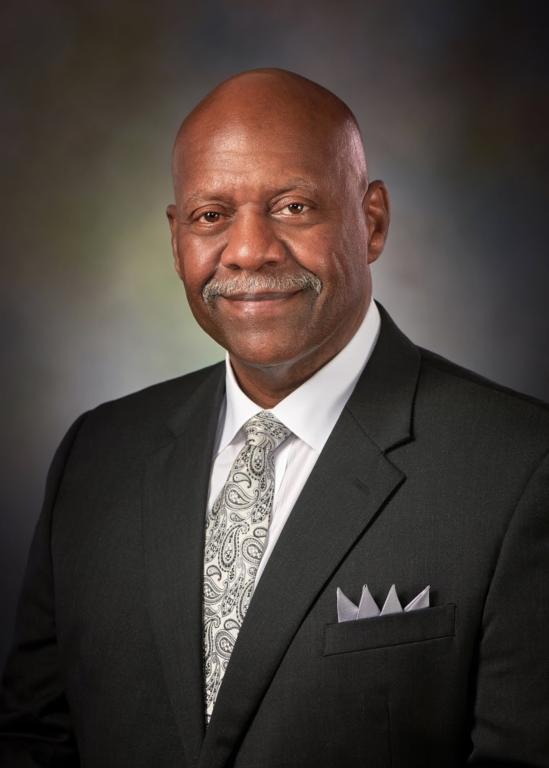 Join us for our September Lunchtime Webinar on Diversity and Inclusion with speaker and author Dr. Robert Head on Tuesday, September 29th from 12:00 - 1:00pm.

A lifetime in the making, Head’s new book, “Playing From Behind,” imparts insights gained from the local author’s life experiences and what he learned along the way.
“I thought that I would, in my retirement years, document those lessons for others who might find themselves with either real or perceived disadvantages and provide for them — let’s just call it a bridge,” he said — a bridge, he explained, “from the dreams that they might imagine to the dreams that they might fulfill.”
Part memoir, part motivational book, part self-help guide, “Playing From Behind” demonstrates how even limitations imposed by either society or self can be turned to advantage and aid the reader in realizing prosperity.
Head knows whereof he speaks. Growing up in Cleveland, Ohio, during the Civil Rights Era, he experienced racism firsthand, just as many still do today. But he didn’t let that or difficult financial realities stand in the way of realizing his goal: to become the first in his family to attend college.
He went on to earn his doctorate, secure a successful career in the banking industry and then serve two universities as president.
“One of the things that is shared in the book is that the American dream is attainable to those who are able to navigate the nuances of our society and work hard and are committed to their own personal success,” he said.
The book’s title was suggested by a friend after Head described his concept for the work. It reflects the central theme, which is based on a study finding that 60% of college basketball teams trailing at halftime came back to win the game.
“So, what is it about being behind early that motivates you to perform better after that?” Head asked rhetorically. “A part of it is, it does just create some higher-level motivation. Many of us have a complete fear of failure. That kicks into a higher gear for us to perform, as well.”
In fact, he titled one of his chapters “Playing From Behind Can be an Advantage.”
Head retired in 2016 and began writing his book two years later. It was published in March. From the start, it was clear the book would have a wider appeal than readers seeking a path to success.
Teachers, counselors and ministers are finding it useful in their work. A company in Ohio is using the book to talk about diversity with its management team and seeking ways to motivate the diverse staff. A corporate board is using it to address challenges in serving diverse populations.
That’s probably because Head devotes some passages to improving leadership and understanding one another.

Biography:
Dr. Robert L. Head grew up in Cleveland, Ohio during the turbulent civil rights era. Coming from humble beginnings, Playing From Behind shares lessons learned in Dr. Head’s personal journey that are intended to motivate and inspire others who might face real or perceived disadvantages in life.
Dr. Head served as the 17th president of Rockford University from June 2008 through June 2016. Upon his retirement and for his service and extraordinary contributions, the Board of Trustees granted Dr. Head the permanent title, President Emeritus. Previously he was president of Urbana University in Ohio. For both universities, Dr. Head was the first African American president.
Dr. Head has an impressive leadership and financial background which includes many years of experience in the banking industry. He served as vice president for trust services at Toledo Trust Company, in Ohio, and vice president for trust services at Northern Trust Company in Chicago during the 80’s and 90’s.
Today, Dr. Head serves on the boards of Defiance College (Ohio), David C. Cook Corporation (Colorado) and the Riverwood Homeowners Association (Florida). Other memberships include St. Paul AME Church, Master Builders Masonic Lodge, Theta Xi Fraternity and Alpha Phi Alpha Fraternity, Inc. Dr. Head served as Scoutmaster of Allen Chapel AME Church Boy Scout Troop # 9 (Illinois) prior to relocating to Florida and now serves as Scoutmaster of St. Paul AME Church Boy Scout Troop # 79.
Dr. Head and his wife, Sheryl, have three adult children, one grandchild, and reside in Ponte Vedra, FL.